Can Oju make a difference in Nigeria’s 2019 Elections

In emerging economies, elections can be messy affairs.

Votes are miraculously ‘lost’, voters routinely intimidated, an inadequacy of polling stations, and trusted officials are rarer than albino elephants. These are just a few of the many problems that are all too common in those parts of the world.

However, in Nigeria — elections can also become a matter of life and death. In the last four years, there have been 171 reported deaths according to published stats from the Council on Foreign Relations organisation.

To tackle election challenges, BTNG Hackathon 2018 was held recently with the theme; ensuring successful elections in emerging economies with a focus on Nigeria’s upcoming 2019 elections. The event aims to help move us out of catastrophizing mode, into the path of finding workable ideas and solutions to some of these pertinent issues.

Out of eight teams that competed in the hackathon, team Freedom Fighters won 1st place with their product Oju. We were intrigued and had to find out more how this talented group of people won the keenly contested event. (Congrats to Team Coll@te and team who won 2nd place and People’s choice respectively).

We (Papa and Tolu) met Jane Ng, Chong Yee, Aaron Sheah, Jeffrey Yong and Chien Lee who make up the team Freedom Fighters (FF) at Bloomberg’s new swanky offices in Queen Victoria Street, London. Below is an edited version of our conversation. Enjoy!

BTNG: Congratulations folks! Let’s start from the beginning — can you please introduce yourself and tell us how you all met?

FF: Jane: I randomly found out about the event through Eventbrite, and shared it with Chien Lee. Chien Lee and I are colleagues in the same office.

Chien Lee: I knew we had to build a prototype in a short time period, so I reached out to friends who happen to be competent software developers and product managers.

As to how we met, it’s a mixed bag. Three of us (Chien Lee, Aaron, and Chong Yee), met back in university at Imperial College London and Jeffrey was a high school friend of Aaron’s. We are all Malaysians, and the topic was of interest to us as we’ve just recently had our elections.

We exchanged a few messages about the event; mainly over WhatsApp and everyone was pretty interested about the topic of the hackathon.

BTNG: A lot of people are curious about how hackathons work. In your case, how did you arrive at your idea and who did what in respect of your prototype?

FF: This idea surfaced from one of the ideation sessions that we were participating in at the beginning of the hackathon. Primarily, we gained insights from discussions with mentors, facilitators, and fellow hackers to understand the political climate of Nigeria and the unique challenges faced.

For instance, Melissa Will’s design thinking session was particularly useful in helping us come up with a preliminary solution, which was further refined through conversations with prospective users. Also, one of our mentors, Abiola was very supportive not only in providing feedback, but also in helping us arrive at the name ‘Oju’ for our app. We had several name options but wanted a name that symbolises an all-seeing eye or idea of keeping watch, which is what our product represents.

Regarding each team member’s role, Jane created the frontend design, which is what was demoed at the hackathon, whilst Chien Lee and Chong Yee were in charge of the business case and product management respectively. We knew that we wanted to build something together beyond the hackathon, so Jeffrey and Aaron were working on the backend throughout the event.

BTNG: Your presentation and product ‘Oju’ won the BTNG Hackathon 2018 — can you describe in your own words what Oju is all about?

FF: Oju is a crowdsourcing app that empowers voters to keep each other safe. It works by providing a platform for people to raise their voices when they see injustice. We wanted the local community to not feel helpless when they see maltreatment or observe malpractice.

Oju relies on voters’ active involvements to report and validate incidents as they arise, making sure that the information is relevant, accurate and actionable.

To give you practical examples, in some countries during elections, there are instances where government officials start meddling with ballot boxes by adding in fake votes. Through our app, people in the local community can be made aware of the situation, and can head to that polling station in order to put a stop to it by manning stations.

There are also plenty of examples where people are protesting or demonstrating peacefully, and the police would arrive all of a sudden, using tear gas and force on the protesters. In such an event, it is best to keep people away for their own safety.

In these two different situations, voters would be able to capture photographic evidences of these events and report them on Oju. Going back to Oju’s goal, this provides voters with a platform to voice out on what they believe are unfair practices.

BTNG: As you mentioned earlier, you’re a group of Malaysians professionals, but your solution was judged the best for the Nigerian Elections, how confident were you going in?

FF: When we went in — we were not 100% sure if it was the same thing. But Malaysia is an emerging country, just like Nigeria.

To give more context, Malaysia has had a one-party rule for around 60 years since its independence in 1957. We’ve always had elections and there have been news of similar issues faced by Nigeria, such as voting integrity, fraud, danger to voters etc.

We recently had our elections just about two months ago. Through the power of technology, we managed to overcome some of our problems, which resulted in a new party in power. For the first time in 60 years, after many false starts, we had the opportunity to experience a different approach of governance. That was an emotional and sentimental event for many of us.

For the hackathon, we know there are similarities between the issues in Nigeria and Malaysia elections. The hackathon provided us with an opportunity to utilise the same framework we know worked in Malaysia’s elections. And in the case of Nigeria we also wanted to learn if there are other nuances we could adapt our solution to.

For instance, during elections people tend to get a lot of ‘information’ from Facebook about violence. Naturally, this is concerning if true, and we need to warn people for their own safety. On the other hand, we wanted to validate hoax — we needed to safeguard elections from fraud and disinformation.

Disinformation is a big problem during elections worldwide even in countries such as the U.S, Australia and the U.K to name a few. For instance in Malaysia, citizens outside the country can partake in overseas voting. However, there’s usually a campaign of falsehood, e.g. people being told that their votes wouldn’t count. Through technology, we aim to put a stop or reduce this sort of disinformation.

BTNG: It’s interesting that your product seems not to rely on Government itself. What this intentional?

FF: We wanted something that was feasible to build and use. And a system that could make an immediate and real impact on the citizens. From our conversations with potential users from Nigeria, that seems to be the model that works best.

Our philosophy is that we wanted something that could be implemented with or without government support. Oju is driven by users, and our objective is to use technology to give power back to the people — empowering them to keep each other safe.

BTNG: In some African countries, Government sometimes take drastic actions such as shutting down the internet. What do you think is a threat to Oju?

FF: In Malaysia, we had an issue of government banning certain websites. To your specific question, while we don’t have all the answers right now, we hope that through crowdsourcing and connecting people to the the much needed validated information in an independent manner, it’ll make it harder for the govt to enforce a ban. We also plan to work with partners like NGOs and other independent bodies, which should make us more resilient to direct negative enforcement.

It might be only one piece of the puzzle, but if we can track these actions reliably, any party that perform malpractices can be held accountable through the gathered data/evidence, thus inciting everyone to raise their voices to fight injustice together.

BTNG: Now that the Oju won — what’s next for the product?

FF: Definitely! We’re meeting up regularly to see how we can bring Oju to the next level. Beyond the drawing board, we’ve started building an MVP, and are planning for more user tests and potentially a Beta Launch. We’re excited about the numerous possibilities and hope to share more in the near future. And hopefully, with the help of Bethnal Green Ventures and BTNG, we have even more options to achieve our goals. 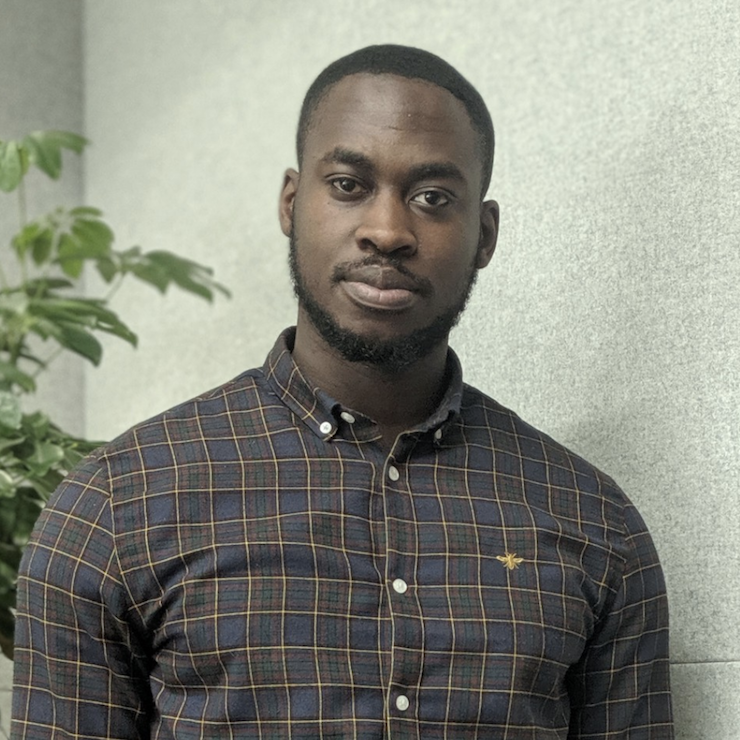 Stephan Eyeson was the final speaker of the night at the recently concluded B is for Building campfire event. 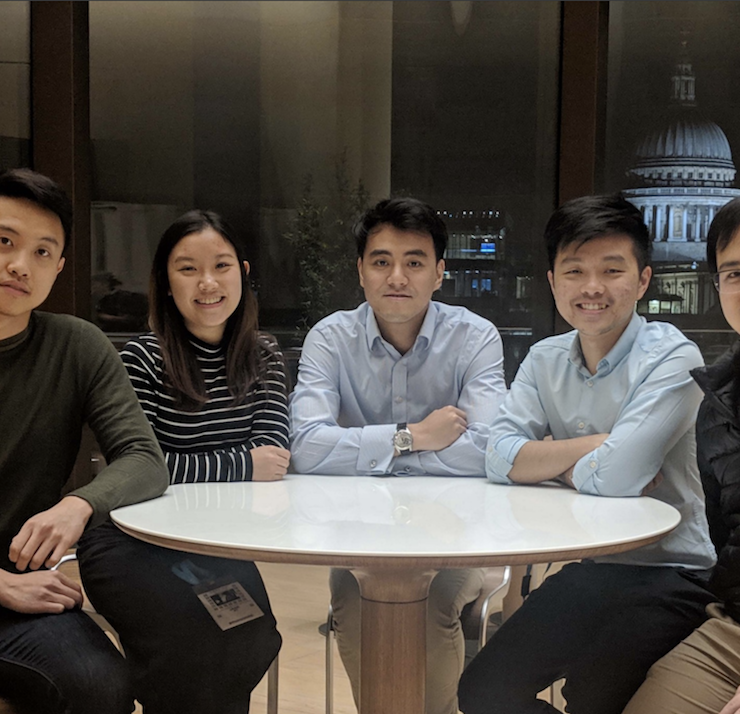 Can Oju make a difference in Nigeria’s 2019 Elections

In emerging economies, elections can be messy affairs. Votes are miraculously ‘lost’, voters routinely intimidated, an inadequacy of polling stations, and trusted officials are rarer than albino elephants. 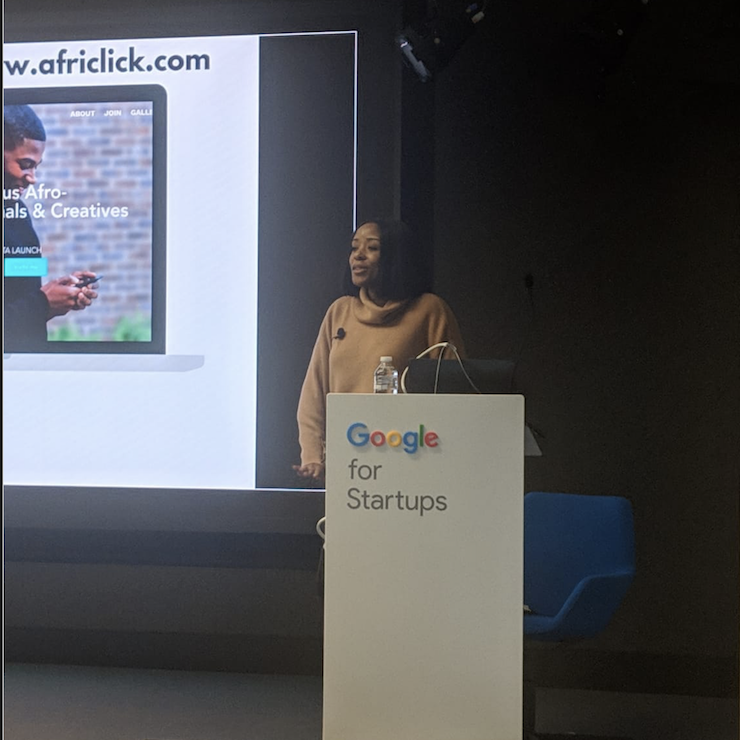 BTNG presents B is for Building

It’s been a long time cooking. And now we’re delighted to present you what we’ve been working on for the last few months — our first event of the year — B is for Building.